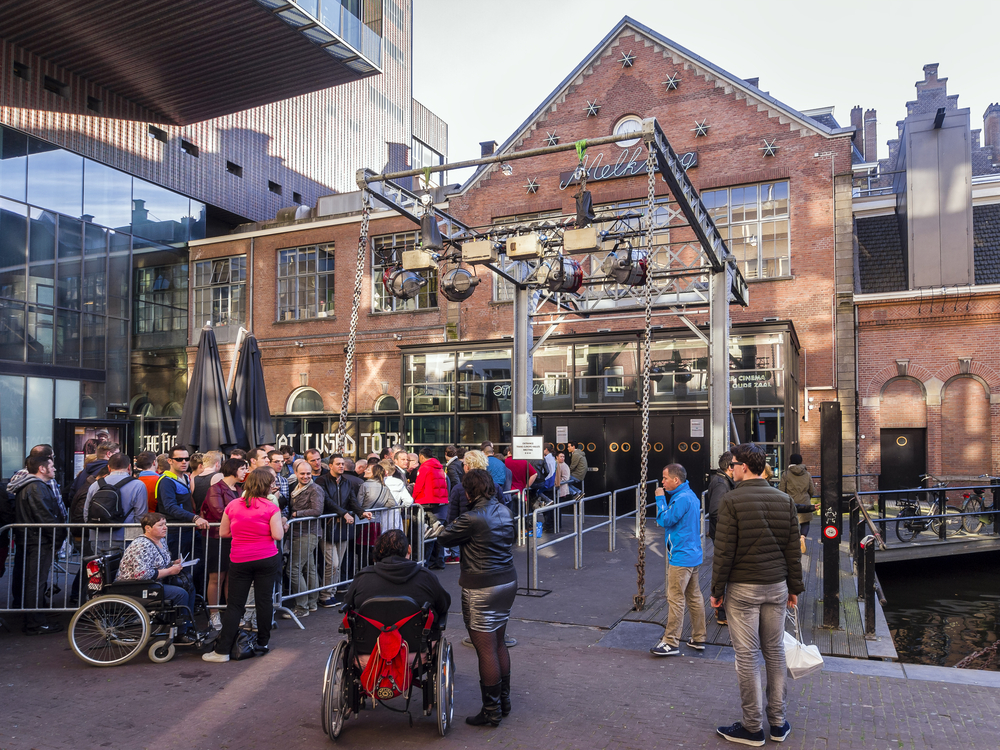 19 Dec Is This Venue Accessible?

Inaccessible Venues Are Far Too Common

Sean Gray is the owner of music labels Fan Death and Accidental Guest, both established music labels in DC. He is a regular attendant at DIY shows, as well as a performer with his band Birth (Defects). Sean is also disabled and has mobility challenges due to cerebral palsy. He often encounters inaccessible venues.

DIY music derives from Punk Rock and promotes the anti-consumer culture behind punk ideology. Essentially, anyone can perform and make music without the need for specialists, especially paid ones, by seeking out knowledge for their selves and exploring their own musical creativity. In many ways, DIY music culture applies to Sean’s experiences attending concerts.

Sean has been going to shows in Washington D.C. since he was a teenager. He’s visited venues all across the city, both to see bands and perform on stage – all of this despite a lack of accessibility at many venues.

“I’ll be back here in three days to do this again at another show. No one will notice everything I have to do just to see a band play, but it’s what I have to do.” – Sean Gray on inaccessible venues

One night in 2014, Sean wanted to go to a show. He’d just been laid off and needed to blow off some steam. He checked out the venue and immediately realized from past experience that the location was almost entirely inaccessible. Unfortunately, none of his friends could go with and without help from them, he couldn’t get around the venue.

This experience proved to be extremely frustrating for Sean, but it culminated into his next big project – Is This Venue Accessible. With the help of a friend, Sean launched www.itvaccessible.com and began populating the site with venue accessibility information about venues in DC.

The website now lists information about venues in 26 cities within five countries.

Is This Venue Accessible is far from complete, but it’s an excellent start to a movement that needs traction. Sean relies on his knowledge, as well as the knowledge of others to populate his website with accessibility information.

If you or anyone you know, has knowledge of a venue’s accessibility AND inaccessibility, we implore you to send that information to Sean via his website.

Want to learn more about the concert-going experience for a person with disabilities at inaccessible venues? We recommend reading an op-ed Sean wrote for Pitchfork where he details a single night out at a show.