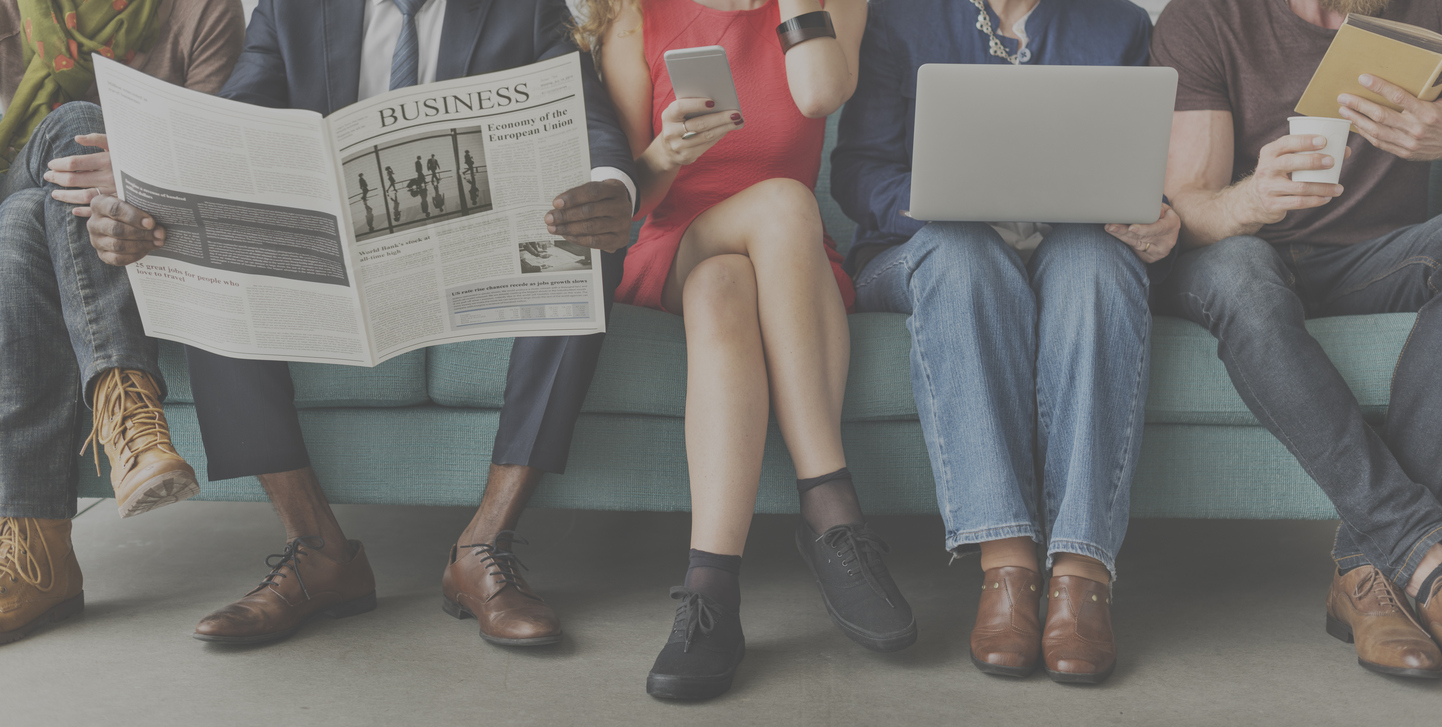 Every first week of the month, Disabled Spectator publishes a reading list of our favorite disability and accessibility related articles. We look for insightful, interesting, controversial, heartbreaking, well-written, or enjoyable articles that provoke thought, conversation, and emotion. This post looks at articles we read in March. Accordingly, here is our March Reading List.

Non-profit organization, RespectAbility, has launched a toolkit to promote disability inclusion in the entertainment industry. The Hollywood Disability Toolkit’s purpose is to increase disability representation in a manner that is representative of people with disabilities. The toolkit is free and available online for anyone to view. Some of the things that the toolkit contains include terminology, information about different disabilities, and employing people with disabilities. Recent shows like “Born This Way”, “The Good Doctor”, and “Speechless” are recent examples of positive disability representation in the media.

“One in five Americans has a disability, but they are represented by fewer than two percent of TV and fewer than three percent of movie characters” said Jennifer Laszlo Mizrahi, president of RespectAbility.

“When children with disabilities grow up seeing that representation, they will grow up with high expectations of what they will be able to achieve later in life.”

“We want to be seen for what we cando, and not what we can’t do,” Mizrahi said. “That is why shows such as ‘Born This Way,’ ‘The Good Doctor’ and ‘Speechless’ are so important.”

Airbnb Rolls Out New Features For Those With Disabilities, by Shaun Heasley, Disability Scoop

Airbnb has announced changes to their accessibility search features. The hospitality company has added 21 new filters to their search criteria that are specifically aimed at people with disabilities. The changes came after a Rutgers University study showed that people with disabilities were frequently turned down by Airbnb hosts, despite their rentals being listed as accessible. Airbnb recently acquired Accomable, a company similar to Airbnb that focused on accessible private home rentals.

Rather than search for a catch-all category of “wheelchair accessible” listings, users will be able to zero in on rentals with certain features like step-free access, wide doorways or hallways, accessible-height beds, roll-in showers and other features, the company said.

“As a person with disabilities and passionate traveler, I am hugely excited by the changes we’re making at Airbnb. With these new filters, we are making it easier for everyone to share their adapted homes with travelers with disabilities around the world,” said Srin Madipalli, accessibility product and program manager at Airbnb.

People With Disabilities Have Been Left Out Of Conversations About Harassment, by Holly Kearl, HuffPost

A new study about sexual harassment and assault nationwide conducted by market research organization GfK and commissioned by my organization, Stop Street Harassment, found that 40 percent of women with any disabilities have experienced sexual assault in their lifetime and 69 percent have faced physically aggressive sexual harassment (like groping, stalking and flashing).

Yet despite these high numbers, the experiences of people with disabilities have largely been left out of national conversations and initiatives against harassment like Me Too and Time’s Up. This could be because, as a country, we often do not see people with disabilities. We push them to the margins of society where it’s easier to forget their existence and their victimhood.

If our society did more to be inclusive of persons with disabilities, perhaps the abuse perpetrated by nondisabled people against them would decrease, and invasive and permanent procedures like sterilization would not need to be considered as a precaution to an unspeakable crime. People with disabilities deserve respect, protection and acceptance.

Through all this, one movement has failed to retain national attention. Disability activism — Americans advocating for policies that are in the best interest of those living with disabilities — has floundered where other movements have soared.

Given the broadness of the term “disabled,” each experience is individual. However, a few issues and points of activism are universal.

All in all, the efforts of disability activists boil down to the same wants and needs of any other group: freedom, independence and legitimate recognition and respect.

Google has added a feature to Google Maps that allows wheelchair-users to receive wheelchair accessible routs. The routing offered will take into account wheelchair ramps and elevators. It is primarily focused on routing for public transport. The addition to the app was rolled out last month and available in large metropolitan hubs like London, Sydney, Boston, New York, Tokyo, and Mexico City.

Tailored toward the use of public transit in metropolitan areas, when selected, the route that is presented will factor in the availability of wheelchair ramps and elevators on routes.

The feature is initially being rolled out in several cities that are major transit hubs, including London, New York, Tokyo, Mexico City, Boston, and Sydney.

It has also been working on updating the Street View images of transit stations so people can preview these locations ahead of time.